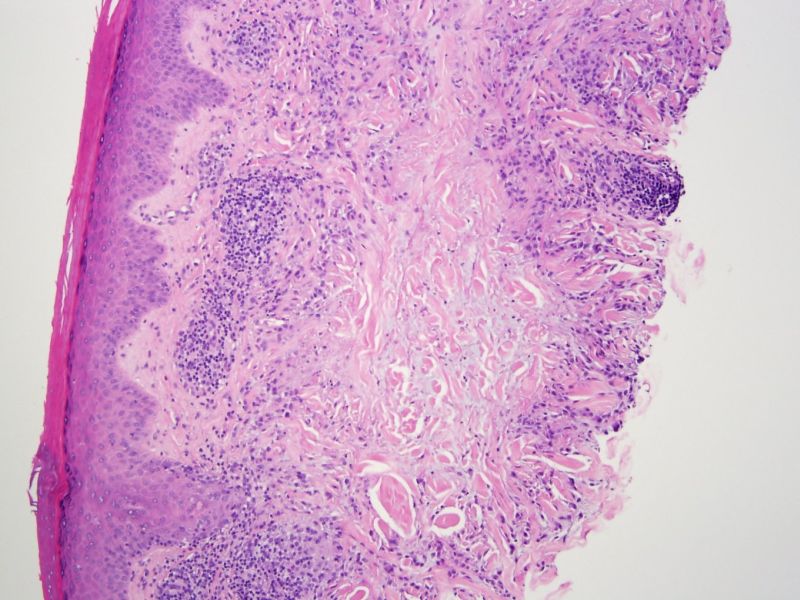 Granuloma annulare is characterized by a palisading granuloma composed of histiocytes and giant cells around a core of mucin and degenerating connective tissue (necrobiosis). The overlying epidermis is normal.

A perivascular lymphocytic infiltrate and scattered eosinophils (not seen here) can be common. Neutrophils may also be present, but plasma cells are uncommon.

Granuloma annulare is an idiopathic annular papule or plaque that appear on the distal extremities of children and young adults (hands, feet, elbows) although older adults may be affected as well . There is central clearing of these flesh-colored or red raised plaques, thus, giving them an annular (ring-like) appearance.

It often has a ringed appearance to the plaques, or it occurs as small groups of papules. Patients are otherwise healty.

Usually no treatment is necessary, but steroids or cryotherapy can be applied for some cases of isolated GA. For the generalized variant of GA,isotretinoin or phototherapy has been used.

It often resolves on its own but may recur in the same or different sites.