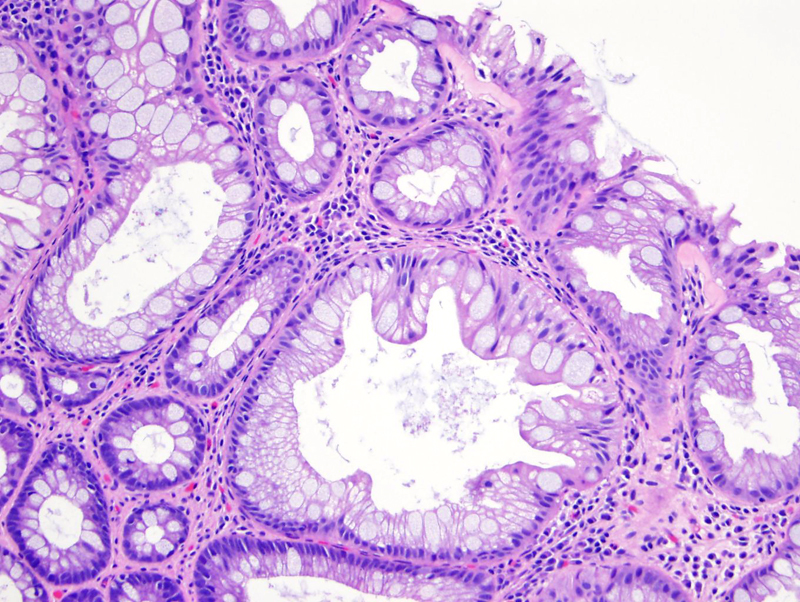 Hyperplastic polyps show crypt elongation with a serrated hyperplastic outline. The serrations are usually more prominent in the upper half of the crypts.

The infoldings of the epithelium create a serrated profile -- numerous mature goblet cells and absorptive cells are seen.

Muscle fibers percolate into the lamina propria, indicating this polyp has some secondary prolapse change. One should not mistake this for a sessile serrated polyp.

The nuclei of epithelial cells may be hyperchromatic at the bases with prominent nucleoli. Mild atypia may be present, but there should not be obvious dysplastic changes such as prominent crowding, loss of polarity or obvious pleomorphism.

Can arise at any age, but usually incidentally discovered during colonscopy or sigmoidoscopy. Grossly, these polyps are dome-shaped and rarely exceed 5mm in diameter. They are often multiple and over half are identified in the rectosigmoid.