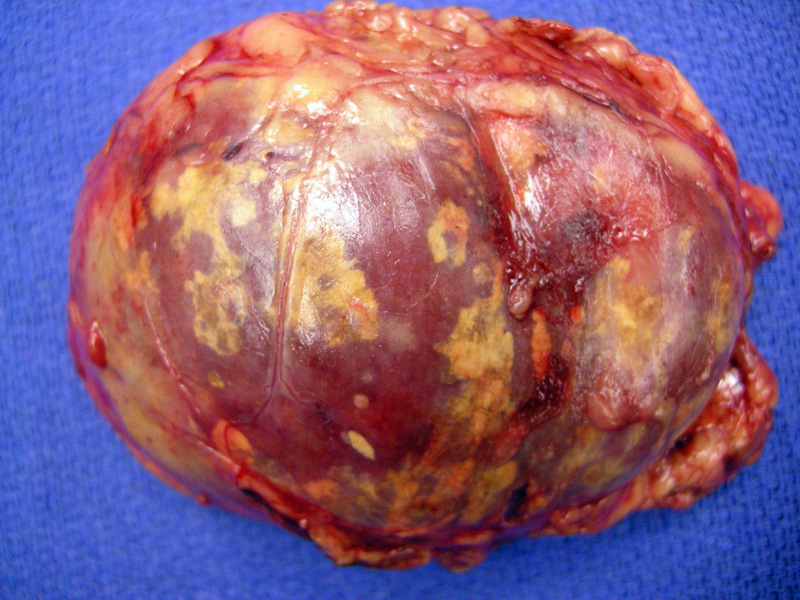 Normal adrenal is seen at the bottom, transitioning to the mixture of adipocytes and developing hematopoeitic elements.

Adrenal myelolipomas are rare benign lesions composed of mature fat and hematopoietic elements. The etiology of this interesting tumor is unclear, but it is thought to be a metaplastic process involving adrenal cortical or stromal cells. The adrenal gland is the most common location for these neoplasms, but they can also be found in mediastinum, GI tract and liver (Thompson).

Most myelolipomas are unilateral and solitary. Usually asymptomatic and found incidentally on imaging or autopsy. If the tumor is large, it may compress other organs, causing abdominal or flank pain. Retroperitoneal hemorrhage and hematuria have also been reported. Myelolipomas are hormonally inactive but may be associated with hormonally active tumors such as an adrenal cortical adenoma and pheochromocytomas (Patel).

Excellent. The tumor is benign and does not recur after excision. However, complications may arise if the tumor is large