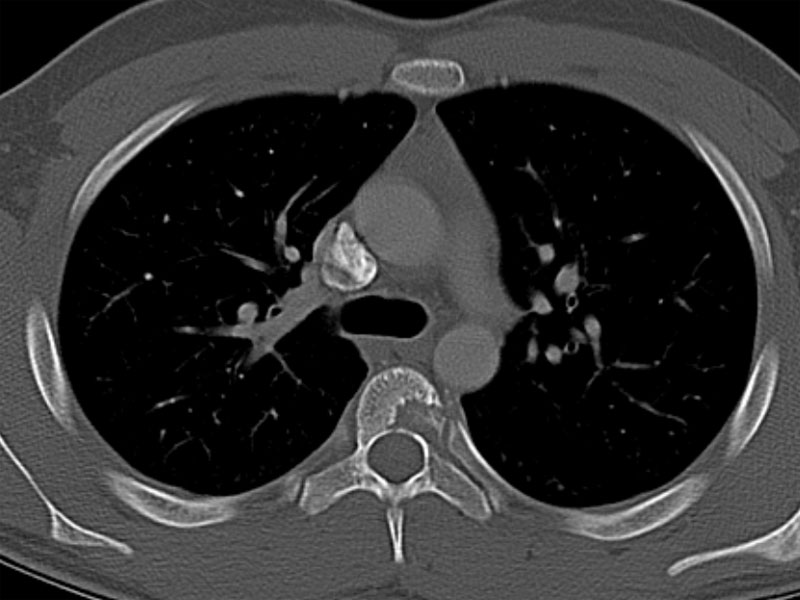 Langerhans cells are antigen-presenting (dendritic) cells and function as part of the immune system. Their nuclei are grooved or coffee-bean shaped.

Prominent numbers of eosinophils are seen admixed with Langerhans cells with convoluted and grooved nuclei. Before it was known that Langerhans cells were the neoplastic cells, this entity was called histiocytosis X, X designating the unknown etiology.

Langerhans cells are a type of immune cells that are involved in processing antigens. Their reniform nuclei have characteristic grooves and folds that traverse in all directions. The cytoplasm is abundant and eosinophilic. These cells are reactive for S100, vimentin, langerin, fascin (dendritic cell marker), CD1a, CD74 and HLA-DR. The most helpful markers are S100 and CD1a. The Langerhan cells are usually accompanied by eosinophils, giant cells, neutrophils and foam cells. On EM, the characteristic finding are Birbeck granules (Rosai).

Langerhan cell histiocytosis (LCH) can occur as a solitary or multiple lesions in an organ system, or present as a systemic disease. Bone is the most common anatomic location.

LCH is further subdivided into several entities depending on the extent of disease. Letterer-Siwe disease, an acute fulminant disseminated condition causing significant morbidity and mortality, lies on one end of the clinical spectrum. On the other end are eosinophilic granulomas, which are solitary, isolated bone lesions which are relatively benign. Hand-Schuller-Christian disease lies somewhere in the middle and presents with multifocal, chronic involvement with a classic triad of diabetes inspidus, proptosis and lytic bone lesions (3).

LCH can affect a broad age range, but the majority of cases are diagnosed before age 20. Letterer-Siwe disease generally occurs before age 2, Hand-Schuller-Christian syndrome occurs between 2-10 years, and eosinophilic granuloma between 5-15 years. Males are twice as likely to be affected as females (3).

Presentation depends on the extent of disease. In unifocal LCH (esoinophilic granuloma), solitary lesions of the bones are usually asymptomatic. The bones of skull, jaws, ears, sinonasal tract are usually involved. Involvement of the temporal or mastoid bone may mimic otitis media or mastoiditis clinically. Radiographs may show lytic "punched out" lesions. Other tissues primarily involved may be skin, lung, liver, spleen, bone marrow, lymph nodes and the hypothalamic–pituitary region.

In multifocal disease (Hand-Schuller-Christian disease), skin, lung, liver, spleen and lymph nodes may be involved by tumor. In acute disseminated disease (Letter-Siwe), there are systemic symptoms such as fever, anemia, thrombocytopenia in addition to multiorgan involvement (with cutaneous lesions as the most common first symptom).

Isolated bone lesions are treated by curettage or steroid injections. Radiation is a second-line therapy. Chemotherapy is used to treat patients with multifocal and systemic disease.

Depends on extent of disease. Prognosis for unifocal disease is excellent. For those with multifocal disease, involvement of certain tissues such as the bone marrow, liver, spleen and lungs— is associated with a worse prognosis.

→Histologically, Langerhans cells are reniform with grooves. These cells are accompanied by eosinophils and a variable mixture of other inflammatory cells.

→Langerhans cells are positive for S100 and CD1a.

→LCH can occur in any organ system, but bone is the most common organ.

AFIP Fascicle 26 Tumors of the Upper Aerodigestive Tract and Ear