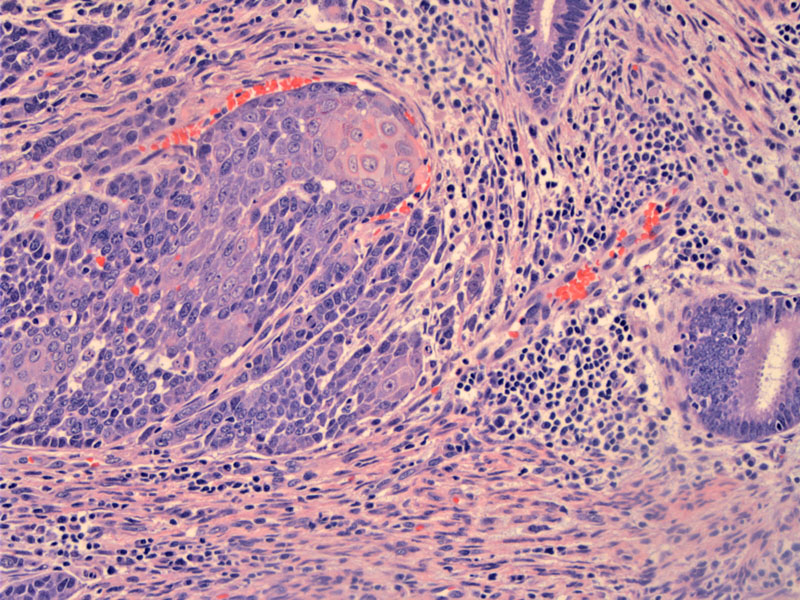 Squamous differentiation can be appreciated in this neoplastic endometrial gland. Note the increased eosinophilic cytoplasm.

Obviously malignant squamous features can be seen in this area - note the size difference in the nuclei. The cell borders are quite clear.

Yet another image demonstrating squamous differentiation in the form of increased cytoplasm and a polygonal shape to the cell.

There seems to be no difference in prognosis for adenocarcinoma with or without squamous elements.

2 Zaino RJ, Kurman RJ. Squamous differentiation in carcinoma of the endometrium: a critical appraisal of adenoacanthoma and adenosquamous carcinoma. Semin Diagn Pathol. 1988 May;5(2):154-71.