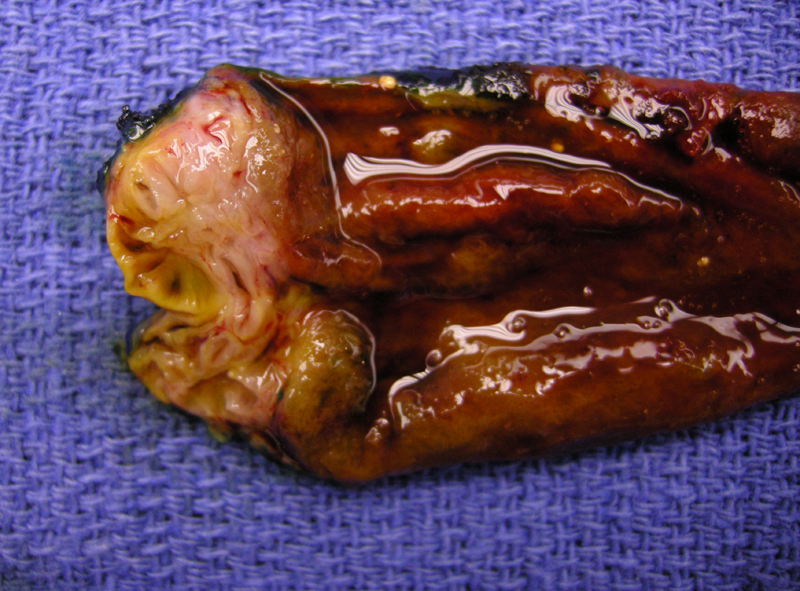 Within wall of gallbladder, dilated irregular glandular structures are seen with surrounding stroma.

Within the stroma are intervening bands of smooth muscle. The glands appear cytologically benign.

Some areas show numerous glands of various sizes, yielding an appearance of adenosis.

They are important to recognize as both may mimic invasive carcinoma as the glands are displaced into and beyond the muscular layer. Occasionally, an adenomyoma may form a discrete mass (Rosai).