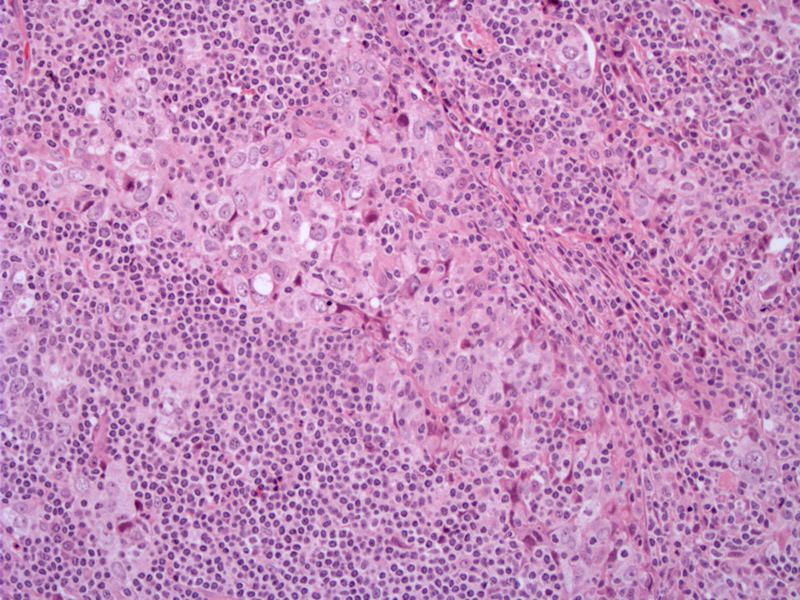 The cells are again synctial in their growth, with nuclear atypia.

Patients with BRCA1 mutations (familial breast cancer) exhibit medullary-like features as well, but tend to have a worse prognosis (Fletcher).

→Medullary carcinoma is placed under the category of triple-negative or basal-like mammary carcinomas.

→Although triple-negative carcinomas and basal-like mammary carcinomas are not synonymous, but they share many of the same features including ER, PR and Her2 negativity as well as histologic features.

→Compared to most basal-like/triple-negative carcinomas, medullary carcinomas with a syncytial growth pattern and prominent inflammatory infiltrate tend to have an improved prognosis.