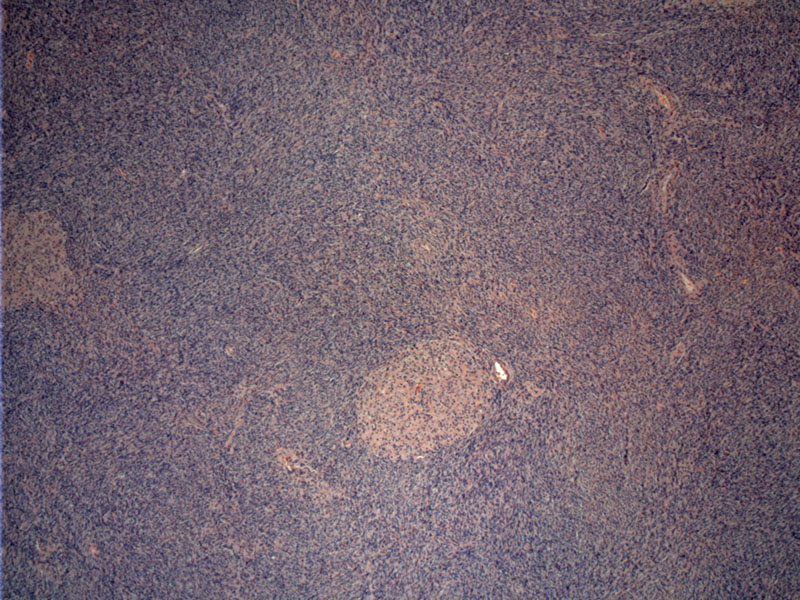 Enlargement of the ovary is largely due to stromal overgrowth as seen here. The hyperplastic stroma is microscopically the same as that of cortical stromal hyperplasia. Islands of luteinized cells (light pink) are scattered throughout.

Variably sized aggregates of luteinized cells are seen. Nuclei are inconspicuous and the cells may be overlooked in some cases.

Nests of luteinized cells are seen as pink aggregates of cells with abundant cytoplasm and centrally placed round nuclei with small nucleoli.

Stromal hyperplasia and hyperthecosis may be found in up to 1/3 of women in their 60s and 70s. In post-menopausal women, SH is usually asymptomatic. In the subset of younger pre-menopausal women with stromal hyperthecosis, the clinical presentation may be similar to that seen in PCOS. Lab studies may reveal elevated testosterone levels.1,2