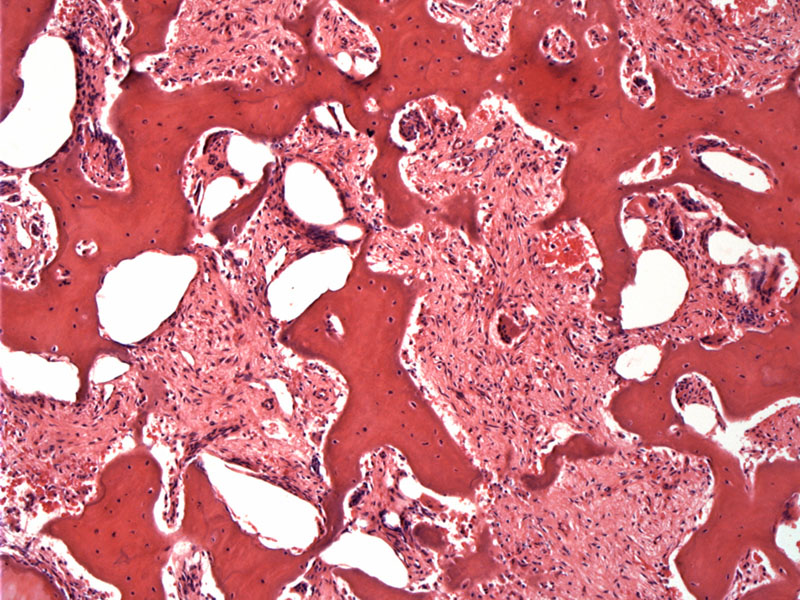 This is an example of the osteolytic phase, where osteoclasts resorb bone.

This is the osteosclerotic phase, where woven bone is formed with haphazard cement lines. This remodeld bone is weaker than normal lamellar bone.

Paget disease, also known as osteitis deformans, is a disorder of bone remodeling this characterized by excessive bone resorption (breakdown) followed by aberrant bone formation. This results in a disorganized mosaic of woven bone which is mechanically weaker than normal lamellar bone. Bone turnover rates can be as much as 20 times normal.

Paget disease is the second most common bone disorder (after osteoporosis) in elderly persons. It may involve a single bone, or multiple bones. There is a predilection to affect the axial skeleton (i.e. spine, pelvis, femur, skull). The etiology remains controversial. Theories include a viral infection of osteoclasts as well as an inherited genetic predisposition (Chaffin).

The disease is more common in men (M:F ratio of 2:1), in older adults (average age of diagnosis in the sixth decade) and in whites (Lohr).